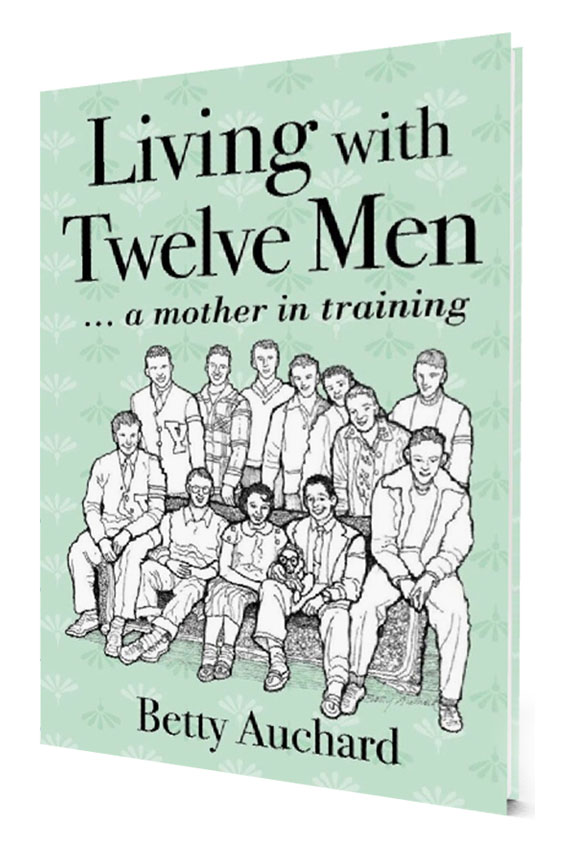 Living with Twelve Men…
a mother in training

A day after their wedding in 1949, Denny whisks his new bride, Betty, to the boys’ dorm on a college campus in Nebraska, where they are to serve as houseparents and role models. The strict church-based campus prompts the young wife to act smarter than she thinks she is and holier than she knows she is. Coming from a down-to-earth family that indulged in much of what is forbidden by the Christian college (including drinking, smoking, cussing, and dancing) requires that she smooth out a lot of rough edges. In the process, Betty learns lessons as a surrogate mother to eleven high-spirited young men that will prepare her for the real thing.

Available in e-book and paperback.

Buy it now at:

“Betty was born to write, even though she may not have figured that out until later in life. A captivating storyteller, she lures you in from the first sentence, and no matter how old you are, or in what era you grew up, you can identify with the thoughts and events she recounts with humor, poignancy, and great insight.”

Connect with Betty on: